I was in the Trinities this week and there was thick smoke everywhere. It’s burning season in Northern California. We had quite a lot of rain in late November. I assumed that some agency was doing a large burn project. However, I couldn’t see where the smoke was coming from. It appeared to be drift smoke.

During my drive down from the mountains I heard a news report. They reported that smoke from the Thomas Fire was drifting up the coast. I checked Google Earth that evening and the smoke had drifted nearly 500 miles from the Thomas Fire in Southern California to north of Redding. The residue of so many homes and so much wildland was adrift in this smoke.

The late afternoon sun filtering through the smoke in the Trinities.

Looking north toward Billys Peak across the old dredge tailings along the Trinity River. 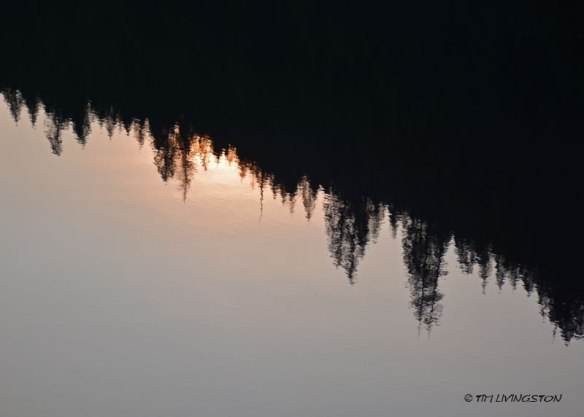 24 thoughts on “Where There’s Smoke”