In this year of drought, our forests are a tinder box waiting for a spark. That spark came from the sky on the last day of July. It reached 108 F in the valley. A major lightning storm rolled across the North State and left numerous forest fires in its wake. 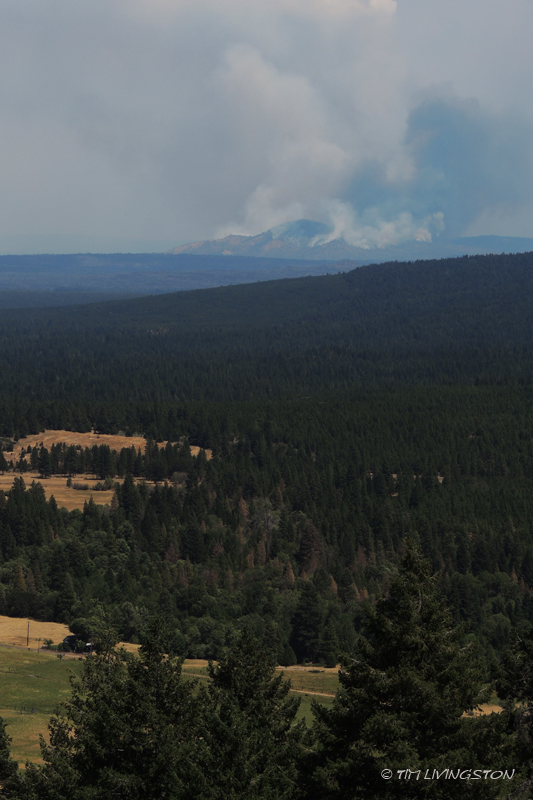 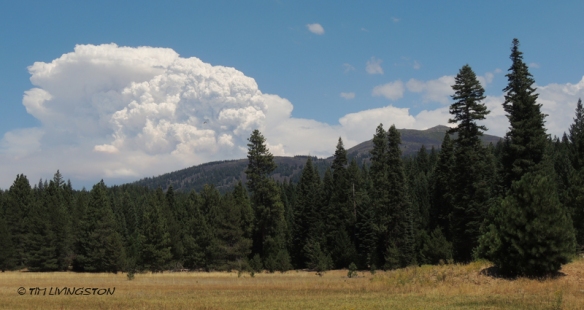 A huge thundercloud forms above the Bald Mountain Fire. Burney Mountain on the right, has a fire lookout on its peak. 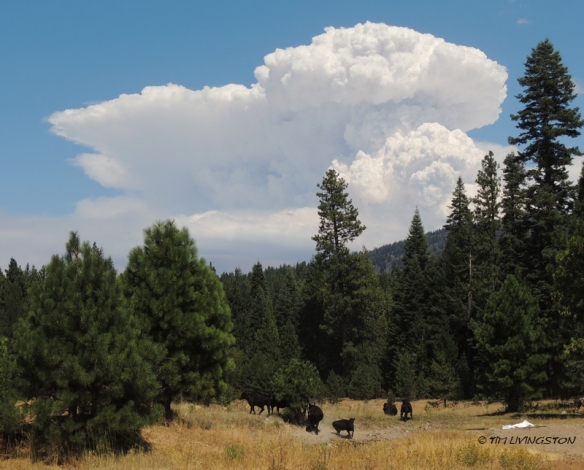 The cloud above the fire continued to grow all day as the fire exploded in size. These clouds create erratic winds that cause the fire to spot. 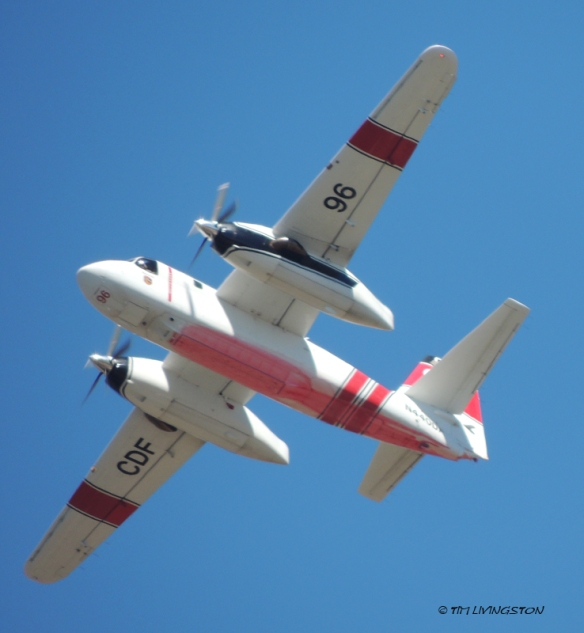 The air tankers bombed the fires throughout the daylight hours. This S2 is on its way to the Coffee Fire.

More fires were burning to the west. This column was from the Coffee Creek Fire.

A new fire called the Eiler Fire took off on the second day. It’s was close to the Bald Mountain Fire. The two fires were threatening the town of Burney. From the valley in Anderson, we could see at least six major smoke columns in all directions.

The beginning of the week brought us a rare and very wet cold front. The rain helped the firefighters get a handle on many of the fires. The same storm created flash floods and mud slides in Southern California. 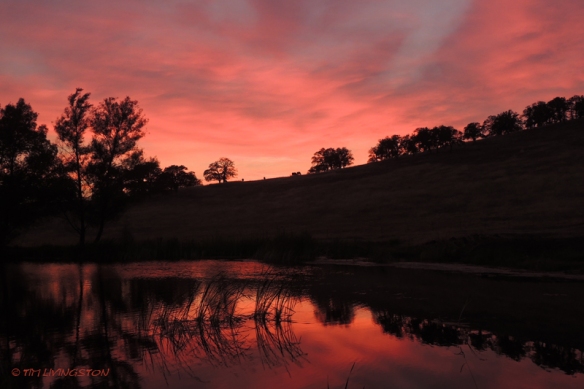 Wildfire sunsets are a silver lining.

Most of the east side fires are under control now, but several fires in the Klamath Mountains are still burning. We still have a long way to go to reach the end of fire season.

21 thoughts on “Forestry Friday … Fire From The Sky!”