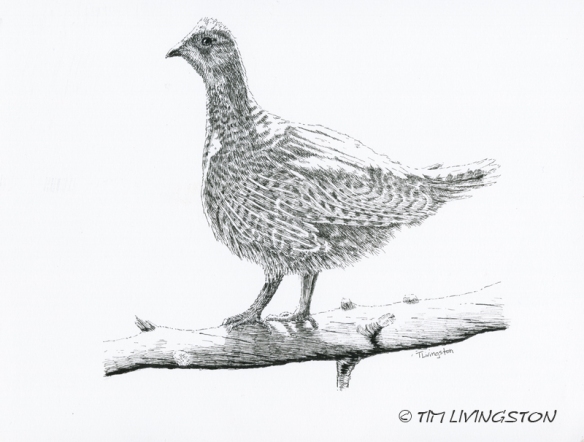 This pen and ink of a dusky grouse was inspired from a trip to the high country last summer. I always knew this bird as the blue grouse, but in recent years the name was changed to dusky grouse.

This is dusky grouse country.

Dusky grouse stay in the high country all winter. They survive off by eating fir needles. 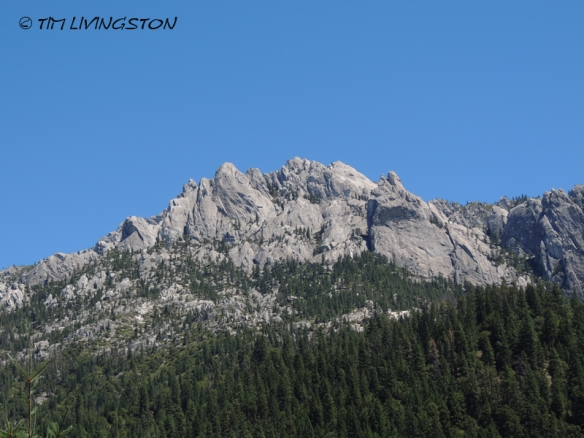 I was in the Trinity Mountains of northern California when I came upon a covey of grouse crossing a little logging spur road. So I stopped and started taking pictures. Grouse are funny chicken like birds. They’re very tolerant of trucks and equipment. You can get quite close to them in a vehicle, but not if you’re on foot. They will hide, run or fly. 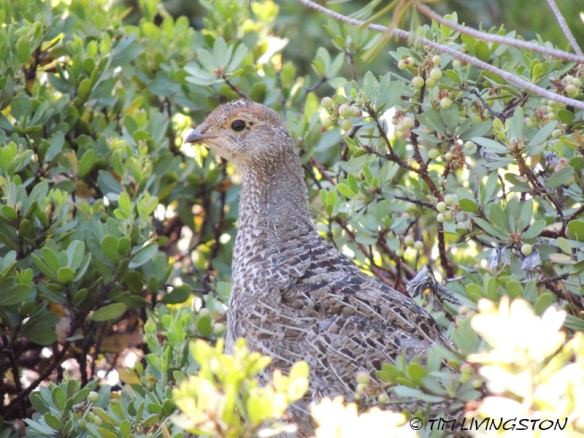 A Dusky grouse sneaking through the underbrush.

These birds have given me near death experiences numerous times over the years. They will often hold tight hidden in the underbrush where they blend right into the cover. I’ve nearly stepped on a few only to have them explode out of the bushes, practically giving me a heart attack. 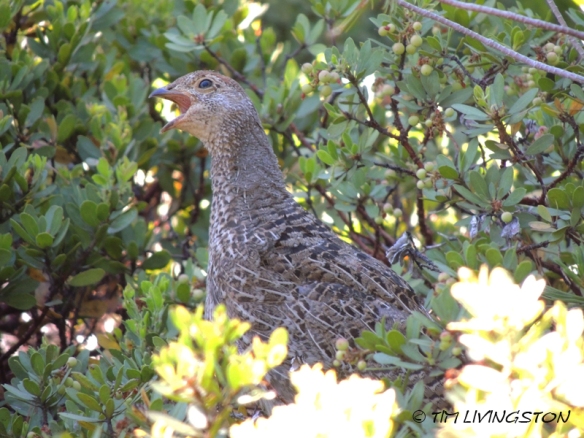 What are you grousing about!

In our neck of the woods, grouse live in the high country, typically over 5000 feet elevation. In the coastal redwood and Douglas-fir forests, where it is cooler, they live quite low in elevation.

It’s pretty up here with the grouse. 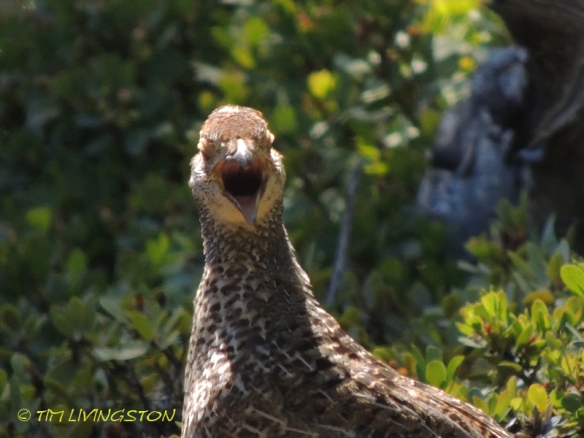 What did the grouse say?

Male grouse make a loud booming call that rumbles through the spring woods.

Apparently, she said she was leaving.

Grouse will feed in logging units like this one when the grasses and forbs begin to grow. 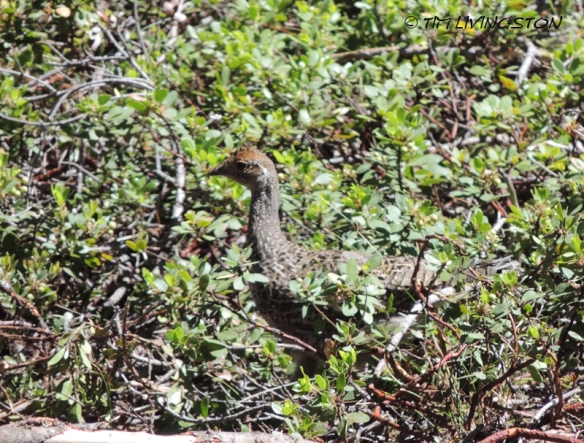 Using her camouflage magic to blend in.

Since many of you are suffering through the great Arctic vortex, I thought it might be good to put up some nice summer pictures. When the weather gets hot in the valley, there’s nothing like going to work in the high country. The upper elevations temperatures will be in the 70s or 80s. Up there spring lasts into the early summer.

A little Spring bloom to warm up the coldest Winter day.

I hope this gave you all a little bit of sunshine amongst the snow clouds. These are a few of the flowers that were blooming that day.

Blitz says she can’t wait for grouse season to get here! Oh, by the way did I mention they’re delicious.

Disclaimer   No grouse were eaten during the making of this post.