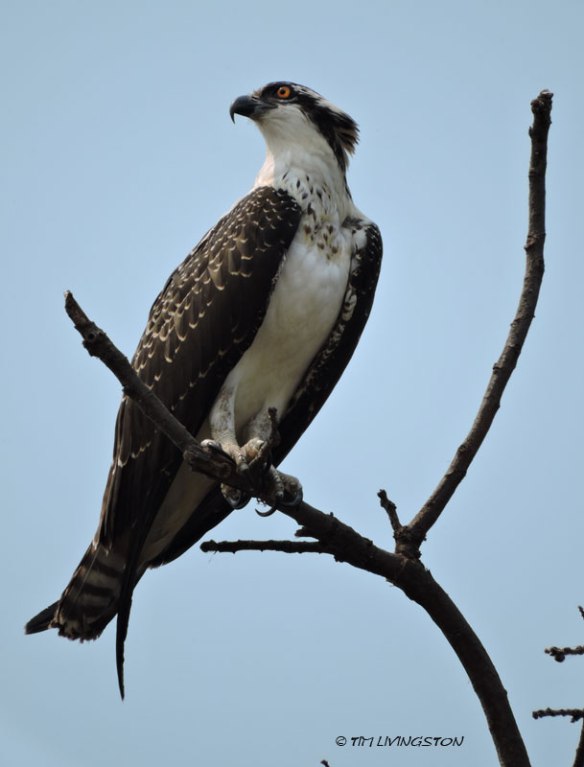 One of the remaining osprey keeps watch from a nearby oak tree.

The surviving ospreys have seemed to rally this week after the helicopter incident I blogged about last week, Wild Wednesday … A Death In The Family. For most of the week only one young osprey was in the nest. It occasionally left, but would return later. It sat in the nest calling for food. 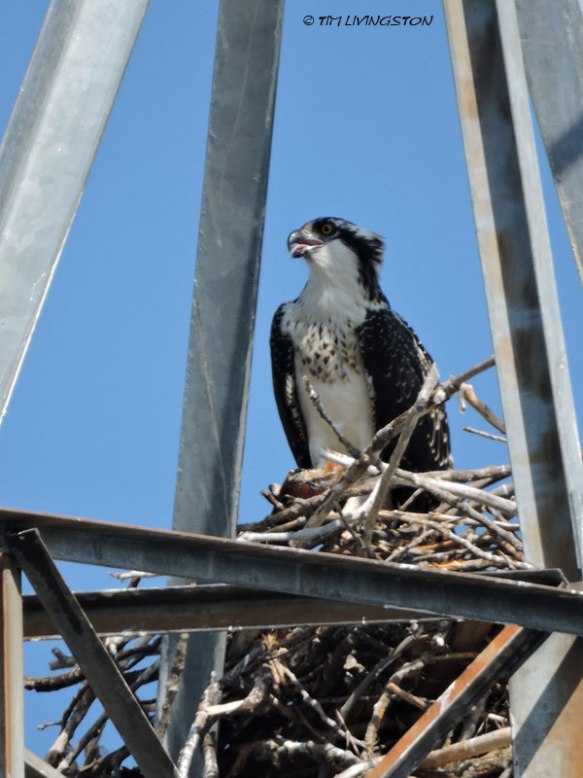 After a few days, I saw the second young bird return. Then both called.

The other young osprey awkwardly comes in for a landing.

Eventually, I saw the parent osprey. She came in with a fish for the young birds, but didn’t give it to them. She flew to the edge of the tower and started calling the fledglings. When the youngster moved toward her, she lifted off and flew up river. She was training her young fish hawks.

She brings in a fish for teasing her youngsters into following her. Her behavior has inspired my confidence in their future success.

After examining the photos I took of the dead osprey, I’m pretty sure it was the male bird that was struck by the helicopter blade. Now, mother osprey soldiers on. No news yet on the Fish and Wildlife warden’s investigation.