I felt like painting something different the other night, but then it went all wrong.  I picked this bluebird, from Bird On A Wire, not because the subject matter was different, but because I want to play with a different style.  My goal was to be less controlled and more dynamic.  I started with a complete wash of all the base colors.  Then I was going to start blobbing in some deeper colors.  I thought “just a touch up here and there”, and soon I’m back to my regular style.  I believe the one’s style is a bit like one’s personality.  It is difficult to change, which isn’t necessarily a bad thing.  However, it is a challenge none the less.  So here is my different…not so different Western bluebird.

A couple of days after I painted the bluebird, I happened upon a flock of Western bluebirds on the hunt.  They were working this meadow like a pride of lions after a herd of gazelle. 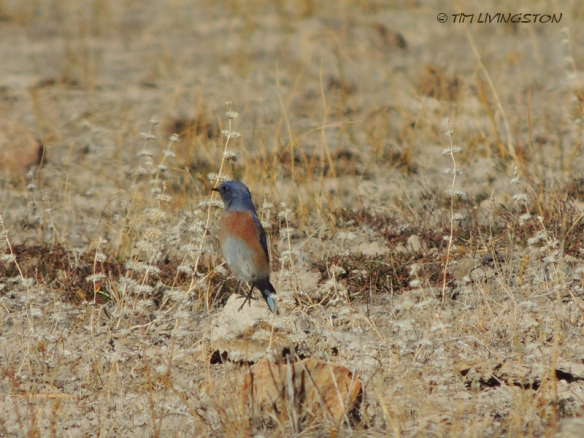 He spots his target.

They would hop up onto any high point to search for their prey.  Usually, it was a rock or a tree seedling between six inches and eighteen inches above the ground.  They would survey the ground around them until they spotted some hapless insect.  Then they pounced.  Their movements looked fairly random, but as I watched them I noted just how systematically they worked the meadow. 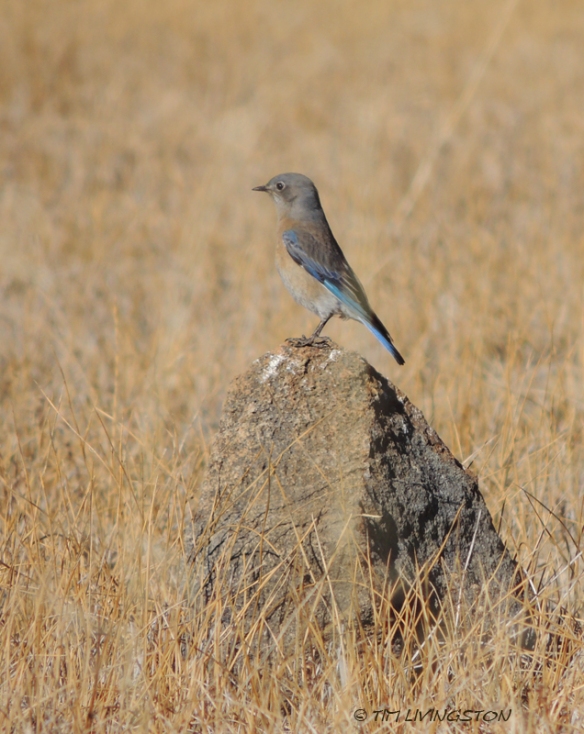 The female bluebird searches for her prey.

“Did someone say bird”