Last week he was still patiently waiting for his mate.

On Friday our lovelorn male osprey was still waiting alone when I left work.

Late this morning she arrived. She came one week after he arrived.

This morning when I arrived there was only one bird in the nest.  When I went back outside about mid-morning and she had arrived.  The two of them sat close together for quite some time and every now and then, one would call out.  I took some pictures then put my camera away into my truck. 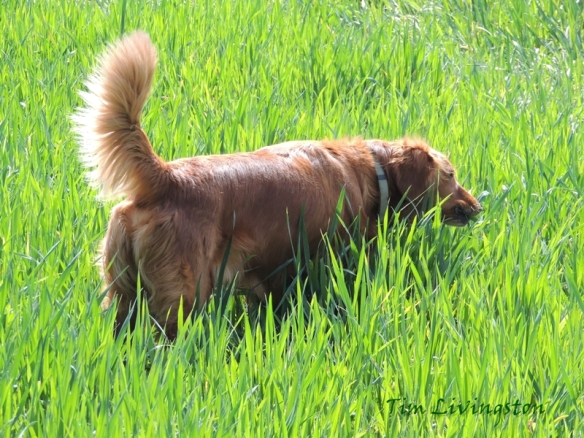 Blitz grazes during a break.

I let the girls out of the truck for a short break.  The girls ran to the far side of the parking lot to a field they like, and I walked after them. By the time I had almost reached them, I looked back at the osprey.  They were now locked in mating embrace.  Immediately, I turned and ran for my camera in the truck, but their interlude only lasted about ten seconds.  I didn’t make it.  A missed opportunity for sure over a rookie mistake.  The male immediately flew away and didn’t return until the afternoon.

He keeps watching her and she keeps looking away. Playing coy.

She is warming up before the big moment. 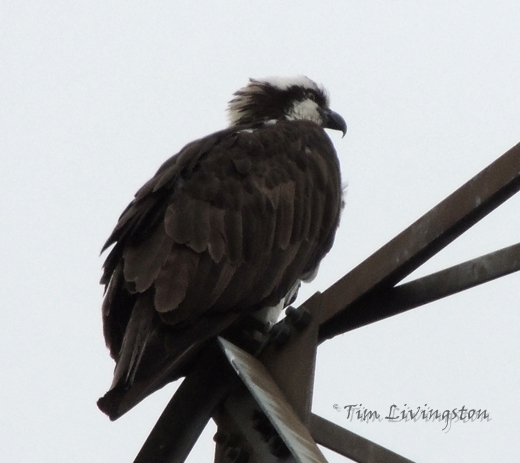 He is enthralled with her. 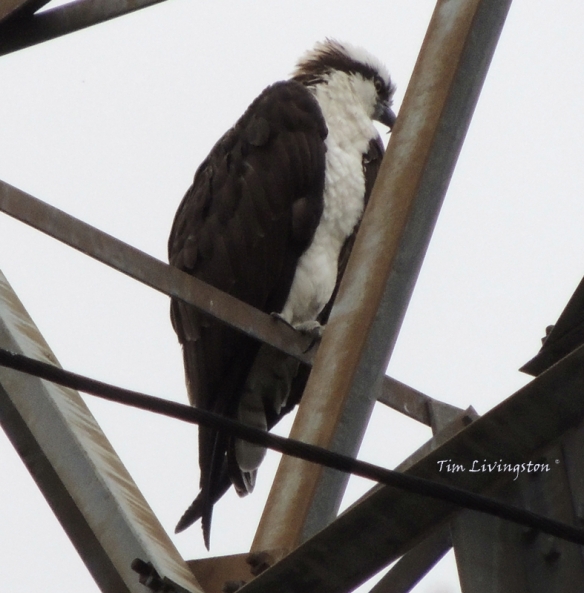