It’s her first birthday. For a while we didn’t think she’d make it to this one. We’re sure happy she did. Click on a picture to see the full-sized gallery. Sorry there are so many photos, but it’s hard not to take her picture. 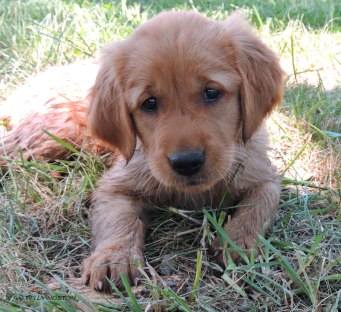 Bliss when we first picked her up. 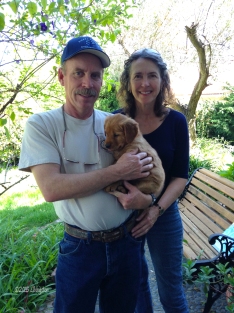 Here, Mary and I just picked up Bliss from the breeder Susan Liptak.

She took to the water right away. 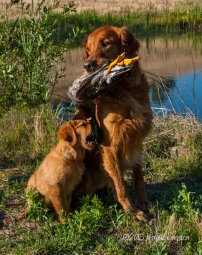 This girl loves her sand! She plays on the banks of the Eel River. 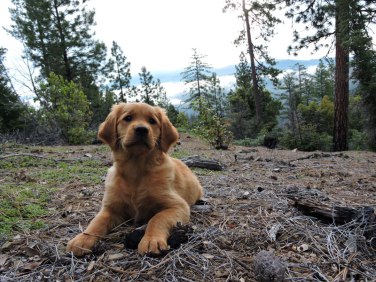 Bliss is a forester’s dog. That means it’s her job to go to the woods. 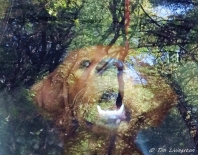 We didn’t know it yet, but Bliss was one sick puppy. She had chewed a toxic mushroom in the morning. In the afternoon we knew something was wrong and headed for the vet. 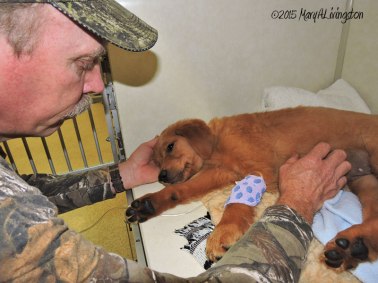 She spent all week of vacation in the veterinary hospital. The doctor thought she wasn’t going to make it. 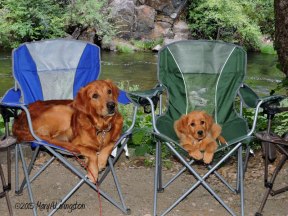 The Doctor Bob released her to come back to camp for our last night. 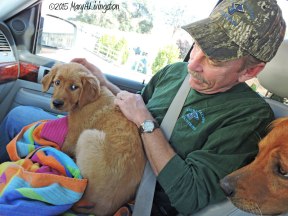 Headed for home and she seemed okay, but we knew she’d need more car because of the nature of the poisoning. 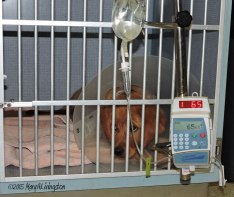 When we got home she had to go back into the hospital. 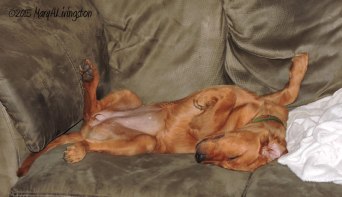 Once she was back home again she made the best of it. 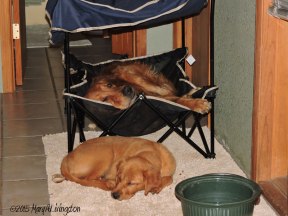 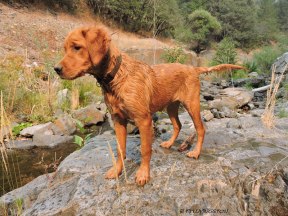 After a few weeks she was able to return to work. 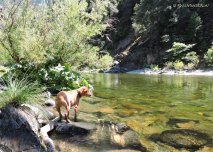 On the Upper Sacramento River. 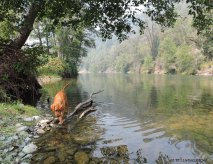 On the Trinity River. 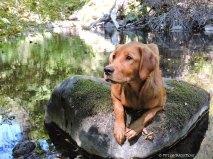 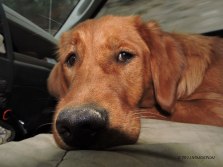 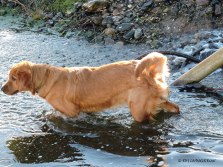 Bliss in the Sacramento River. 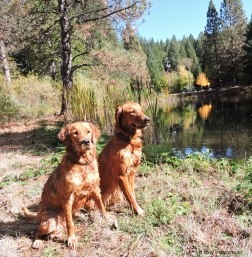 Bliss and Tasha in the Sierra. 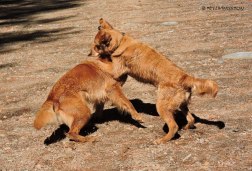 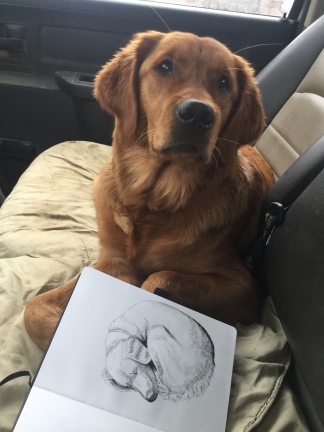 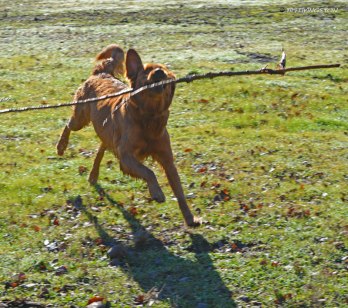 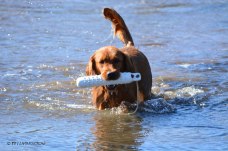 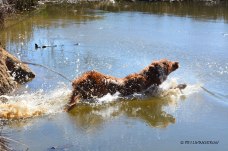 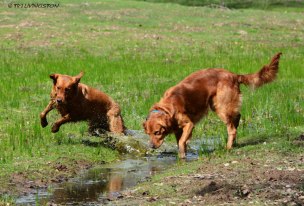 She loves playing with her buddy Sailor. 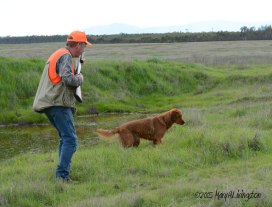 Bliss points a pheasant in the grass. 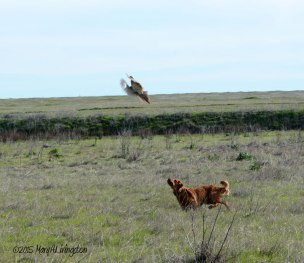 She puts a bird into the air. 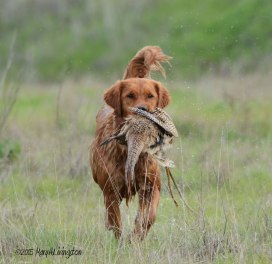 Bliss with her hunting partners.

If you missed her mushroom ordeal you can read about it here: